Fish oil and cod liver oil are excellent relief remedies for arthritis (due to their high levels of omega-3). However, most people simply don't know how to use these supplements correctly.

So here's exactly what you must do to get the most out of this powerful arthritis treatment... 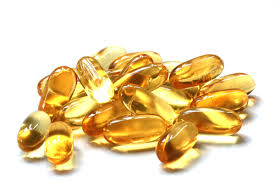 Taking fish oil and cod liver oil for arthritis is a fairly common practice nowadays. In fact, even most medical doctors recommend this "tried and true" remedy. And the reason for this is simple.

Dozens of studies have been able to successfully prove that these oils do indeed help significantly with the pain and inflammation of arthritis. However, not everyone seems to benefit from fish oil and cod liver oil. Many arthritis sufferers report they receive no additional benefit when taking fish oil?

When this occurs, there are usually only two reasons…

The fish oil supplement they took did not contain what it was supposed to:

The second (and usually the biggest reason) why fish oil didn’t work for someone is they didn’t take enough!

It still amazes me how someone will take one or two 1000mg fish oil capsules a day and expect results. Unfortunately, this amount will simply produce zero results.

And forget about overdosing on these (this one always makes me chuckle). The Eskimos living up in the North Pole consume way more than this amount every day from the fatty fish they eat and none of them are dead. Instead, they have obscenely low rates of cancer, heart disease and stroke… and arthritis is just a word in the dictionary to them!

Let's Hear From the People Who Actually Know What They're Talking About in Regards to Using Fish Oil and Cod Liver Oil for Arthritis...

In case you still have doubts about the effectiveness of fish oil and cod liver oil for treating arthritis and its accompanying symptoms, here's a few timely quotes from expert authors and leading health practitioners on the powerful benefits of Omega-3’s…

"Omega-3 fatty acids are lacking in many diets and are vital to the health of cell membranes. They are helpful in preventing the inflammation associated with autoimmune diseases, such as rheumatoid arthritis, and preventing abnormal blood clots that may lead to stroke. Food sources that are rich in omega-3 fatty acids include fish oil, perilla oil, borage oil, and evening primrose oil."

– Disease Prevention and Treatment by The Life Extension Editorial Staff (available from Amazon.com)

"High levels of omega-6 are almost always associated with inflammation; omega-3 applies the brakes. Guided by the biochemistry, researchers have found omega-3 fatty acids helpful in the treatment of inflammation-related immune disease across the board. Some areas of focus include… rheumatoid arthritis, an inflammatory joint disease. In a series of studies over the past decade the omega-3 fatty acids have been observed consistently to reduce swelling, irritation, and pain associated with rheumatoid arthritis."

"In addition, many subjects were diagnosed with an underlying zinc deficiency, a common problem in rheumatoid arthritis that is known to prevent conversion of omega-3 to the good prostaglandins that fight inflammation."

"A more balanced ratio of omega-6 and omega-3 will help lessen inflammation, which contributes not only to heart disease but also arthritis, headaches, and asthma. Try to cut down on deep-fried foods and other sources of omega-6 while boosting your intake of omega-3. Fish, especially fatty fish, is the best source of this amazing nutrient. In fact, the American Heart Association recommends eating two fatty fish meals a week. You’ll get the most omega-3 from mackerel, salmon, tuna, and herring, but all fish have some."

"We have also seen that increasing omega-3 intake can improve blood flow, reduce the risk of heart attack and stroke, improve brain function, reduce inflammation, improve the immune system, and inhibit the formation of cancer."

"Some people who have taken omega-3 supplements have been able to eliminate traditional drugs altogether. For example, in a 1995 study, arthritis patients who were taking standard anti-inflammatory drugs were given omega-3 supplements. After several months, the anti-inflammatory drugs were replaced with look-alike placebos. A significant number of the patients were able to stay off their prescription drugs without experiencing a flare-up of the disease. Omega-3 fatty acids can also be used as a topical treatment for inflammation."

– The Omega Diet: The Lifesaving Nutritional Program Based on the Diet of the Island of Crete by Artemis P. Simopoulos, M.D. and Jo Robinson (available from Amazon.com)

"Deep-water fish, such as salmon, sea bass, tuna, trout, and mackerel, are rich sources of the polyunsaturated fats called omega-3 fatty acids and have anti-inflammatory properties. Eliminate the top food allergens from your diet such as wheat, dairy, corn, and soy, as they increase inflammation in the joints. Vegetables from the nightshade family, including tomatoes, aubergine, potatoes, and peppers, also increase inflammation and should be avoided."

– 1000 Cures for 200 Ailments: Integrated Alternative and Conventional Treatments for the Most Common Illnesses by Marshall Editions (available from Amazon.com)

"The omega-6 series predominantly form prostaglandins that increase inflammation and with this the pain experienced in many diseases. The omega-3 series form anti-inflammatory prostaglandins. Thus, omega-6 fatty acids aggravate allergic reactions, including asthma and rheumatoid arthritis, while omega-3 fatty acids reduce these."

– The Natural Way to Heal: 65 Ways to Create Superior Health by Walter Last (available from Amazon.com)

– The Doctors Vitamin and Mineral Encyclopedia by Sheldon Saul Hendler (available from Amazon.com)

"Fish-oil supplements are particularly rich in an omega-3 fatty acid called eicosapentaenoic acid (EPA), which discourages inflammation, says Priscilla Evans, N.D., a naturopathic doctor at the Community Wholistic health Centre in Chapel Hill, North Carolina. EPA is also available from flaxseed oil. Like throwing a track switch to reroute a train, EPA reroutes the chemicals in your body early in the inflammation process. With the flick of that switch, the chemicals start to fight inflammation."

– Nature’s Medicines: From Asthma to Weight Gain, from Colds to High Cholesterol – The Most Powerful All-Natural Cures by Gale Maleskey (available from Amazon.com)

"Leukotrienes are the most powerful sources of inflammation yet discovered in the body, and their production can be inhibited by ingestion of omega-3 and GLA fatty acids, recommended as part of the regeneration diets. In clinical trials, a majority of rheumatoid arthritics either stopped or reduced by half their anti-inflammatory medication after using combinations of omega-3 and omega-6 fatty acids."

Important Final Note: You can always supplement with high potency krill oil or green-lipped mussels rather than taking fish oil (or use a combination of all of them) if you choose. However, krill oil and green-lipped mussels are more expensive (and we question the sustainability of taking krill out of the oceans) so this would be a personal decision.

We believe you can still benefit just as much from fish oil and cod liver oil though, so if you can’t afford krill or green-lipped mussels don’t worry… good old fashioned fish oil will still come to your rescue!