Certain herbs and spices make the ultimate arthritis treatments. Their ability to relieve pain and inflammation, along with their safety aspect, make them a logical choice.

Here's why you definitely need to be using these terrific home remedies to heal those arthritic joints... 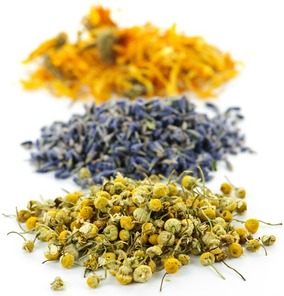 Herbs and spices have an incredibly long history for helping treat and remedy a wide variety of ailments, including arthritis. In eastern medicine, these foods are used regularly with outstanding success. Of course, us "westerners" are a little slow to catch up, but thankfully this is beginning to change.

So here's a list of some of the most potent herbal remedies for arthritis, along with the best herbs and spices proven to help relieve pain and inflammation in the body…

Rosemary: Rosemary contains some of the strongest anti-inflammatory chemicals in existence. It's a popular American folk remedy for arthritis due to the fact that it works well. The good thing about rosemary is it’s very easy to grow in your own garden (you literally can’t kill this stuff) and no pests bother with it either. Make up a boiling hot cup of rosemary, ginger and mint tea, with a slice of lemon for taste, (be sure to let it steep for at least half an hour) and drink this morning and night. You'll be surprised by the amount of relief it provides.

Ginger: Plenty of people regularly drink ginger tea for osteoarthritis - and swear by its effectiveness. In fact, Indian researchers performed a study where they gave three to seven grams of ginger per day to 18 osteoarthritis sufferers and 28 rheumatoid arthritis sufferers. Remarkably, over 75% of participants reported relief from their pain and swelling! 1

Turmeric: Turmeric contains some major anti-inflammatory substances. In fact, you'll find this herb in most arthritis supplements simply because it works so well. It's even been found to be as effective as cortisone and phenylbutazone in inflammation conducted models. The best (and strongest) way to get your turmeric is to take it in extract form... Turmeric Extract Capsules. Or, take a heaped teaspoon of turmeric three times a day and use it in your cooking as much as possible. Remember also that turmeric is fat soluble so always have it with a healthy fat such as coconut oil or fish oil. Black pepper increases the effectiveness of tumeric by an astonishing 2000% so make sure you combine it with some black pepper as well!

Stinging Nettle: Many people down in Australia think stinging nettle is actually a weed and consider it a nuisance (it grows rampant there). But this herb is highly prized in Germany and is deemed an official cure for rheumatism in that country. Stinging nettle contains a potent anti-inflammatory chemical that works in the same manor as steroid drugs. Consume one tablespoon of the juice three times a day or take stinging nettle supplements for maximum benefit.

Wild Cucumber Bark: Herbalists regularly recommend wild cucumber bark to treat rheumatism and arthritis. You can make it up as a tea or take one teaspoon of the powder three times a day. Just remember that wild cucumber bark is also a laxative so be sure to start off slow with the dosage.

Willow Bark: This herb is actually the original “aspirin”. The chemical in willow bark, known as salicin, is what drug companies use to make their synthetic versions. The beauty of drinking willow bark tea is it gives you the similar pain-relieving and anti-inflammatory benefits as the drug, but doesn’t cause the stomach upsets and ulcers.

Oregano: Oregano is a very popular herb used in cooking to add taste, but most people are unaware that it's also a powerful arthritis relief remedy. Oregano (along with other mints) contains strong antioxidants and a compound called rosmarinic acid, which is antibacterial, anti-inflammatory and antiviral in nature. Use it in your cooking as much as possible and add to your herbal teas.

Red Pepper and Cayenne Pepper: Both these peppers contain the pain relieving chemical known as capsaicin. Capsaicin blocks pain perception in the brain, which in turn provides significant joint pain relief for arthritis sufferers. Red Pepper also has the added benefit of containing aspirin-like substances called salicylates. If you can handle the heat of these peppers, go nuts and use them in your cooking as much as you can. (Be aware that peppers can cause problems for some osteoarthritis sufferers so make sure you test yourself first).

Celery: Yes this is actually a vegetable and not a herb, but celery and celery seeds are one of the best remedies for arthritis. And because they're included in most herbal arthritis formulas, we've included them here. The reason the celery plant (and seeds) work so well is they contain 25 different anti-inflammatory compounds. Celery is also a rich source of essential vitamins, minerals, amino acids and chlorophyll. Eat the seeds, either raw or cooked, along with the plant. Always try and buy organically grown if possible, or even better, grow your own.

Cinnamon: Cinnamon is a terrific and easy to find remedy for arthritis. It reduces the pain and inflammation in the joints quite significantly, and in fact, is one of the oldest folk remedies for arthritis going around. You can buy cinnamon powder or cinnamon sticks in bulk and both are quite reasonably priced. Always go for the good quality cinnamon (Ceylon cinnamon) and avoid the cheap cassia variety. Adding a heaped teaspoon of cinnamon to your morning smoothie is a great way to get the benefits of this powerful arthritis relief remedy. Here's a handy smoothie recipe you can use if you're interested... Anti-Inflammatory Turmeric, Ginger & Cinnamon Smoothie

Soursop (Gravoila): Soursop is an exceptional anti-inflammatory. Numerous studies have demonstrated that gravoila reduces the symptoms (especially joint pain and inflammation) of all forms of arthritis, particularly rheumatoid arthritis arthritis, with no side effects.2 Use as a topical remedy on inflamed joints along with eating or taking it in supplemental form.

Black Seed Oil: This oil is not only a potent cancer killer, it's also a powerful arthritis killer! Black seeds have been valued and prized for their medicinal and healing properties since ancient Egyptian times. They're well known for their ability to reduce, and even completely alleviate, pain and inflammation within the body. The list of ailments that black seeds can help with is impressive, and arthritis is certainly included in this. For best results, buy the oil and take three times daily along with eating the seeds.

Boswellia: Boswellia works similar to non-steroidal anti-inflammatory drugs (NSAIDs), but without the harmful side effects. It's yet another one of nature’s powerful herbal remedies for arthritis that can be used safely long term.

Rosehip: Rosehip is technically not a herb, it's a fruit. It's actually one of the more recently researched arthritis treatments and works so well, we've put it at the top of our list of "must use" remedies for arthritis! The positive feedback we've received from people using this food to treat their arthritis has been impressive. In fact, we put our 16 year old "arthritic" dog on Rosehip 6 weeks ago and I have to say, the difference has been amazing!

You can buy rosehip in various forms (powder, oil, tincture), but it's the powdered capsules that we've found work the best. Here's what they look like if you're interested... Rose Hip Capsules.

There are other herbs and spices that are known to significantly reduce the pain and inflammation of arthritis. Some of these include angelica (dong quai), black cohosh, feverfew, devils claw, hop tea, wild yam, wintergreen, yucca and alfalfa. When it comes to using herbs, you will definitely need to experiment. What works for one person doesn’t always necessarily work for another.