Cancer scientists are extremely excited right now. As far as treatments for cancer go, green tea has passed every test so far with flying colors.

Here's why this plant may well be one of the best alternative cancer treatments and cancer fighters on the planet! 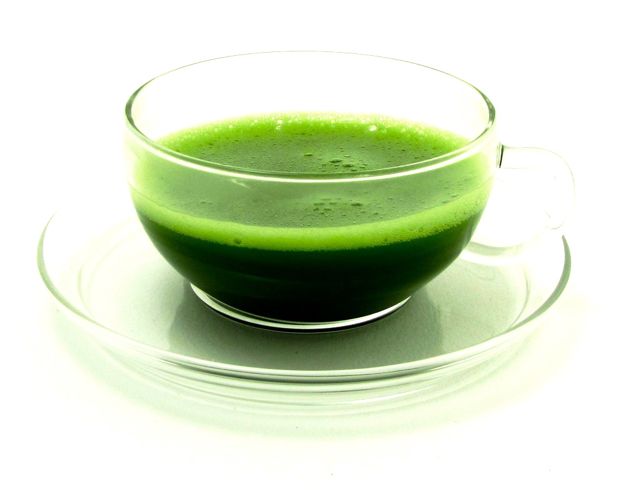 Green tea really is an absolute marvel of nature.

More and more studies are being carried out on this amazing plant, and every time the results just keep getting better. It’s currently the hottest and most exciting topic around the health and healing traps.

Because there's now an enormous mountain of data collected from all over the world confirming just how much green tea protects and heals the human body. And recent studies have found it to be especially potent for treating cancer!

Take a Look at Some of the Incredible Research Results That Have Been Released...

The Japanese recently published some outstanding results on green tea consumption, based on findings from the 10 year Ohsaki National Health Insurance Cohort Study. This massive study involved 41,761 Japanese adults aged between 40 and 79 years and is the first of it's kind to overwhelmingly prove the value of green tea as a very real treatment for cancer.

In the study, (published in the September issue of the American Journal of Epidemiology) Dr. Toru Naganuma and his colleagues from Tohoku University School of Medicine discovered that drinking at least 5 cups a day of green tea cut the rate of blood cancers by an astounding 42%, and lymphatic cancer by 48%. What’s more, these big reductions were found to be the same in both men and women as well as people with various body mass sizes. Even more surprizing was the fact that by combining green tea with a citrus fruit, the anti-cancer benefits of green tea were increased even more. It's thought that citrus fruits stabilize the green tea ECGC antioxidants in the gut - enhancing the absorption rate significantly. 1,2

Another research team from Tohoku University’s Department of Public Health and Forensic Medicine found another strong link between green tea consumption and it's ability to prevent and even treat cancer.

Their study, published in the September issue of the journal Cancer Causes and Control found that the consumption of green tea was associated with the prevention of liver malignancies. The interesting thing was the more green tea that was consumed, the more the risk plummeted. Once again, 5 or more cups a day offered the most protection from liver cancer. 1

And a study published in a recent issue of Nature Structural & Molecular Biology, found the antioxidants in green tea actually slow tumor growth by binding to a particular protein on tumor cells. This effect was shown to be most beneficial with lung, breast and prostate cancers. 3

Further studies on green tea and cancer have also shown that green tea can actually reduce the incidence and size of tumors - by a large degree in many cases.

Breast and Prostate Cancers are the Big Winners With Green Tea...

When it comes to cancer, green tea seems to be at its most potent with breast and prostate cancers.

In addition to this, according to a World Health Organization study, the Japanese live the longest out of all the industrialized countries in the world. They have 85% less cardiovascular disease and 85% less cancer than we do, yet they consume 10 times as much salt and cholesterol per day as we do and they are the heaviest smokers in the world. 4

You guessed it… green tea!

The powerful antioxidants contained in green tea are substances known as polyphenols or catechins (ECGc’s). These substances are a 100 times more potent at scavenging and disarming free radicals than vitamin C or vitamin E.

Remember this… the primary cause of every illness and every disease, including cancer, is free radical damage to our cells and DNA. If we can prevent this harmful process from occurring - and if it does occur, reversing it through the consumption of green tea - then I believe we are at least three quarters of the way there to stopping this deadly disease in its tracks!

Best Green Tea for Fighting Cancer and for Overall Health...

Matcha green tea is definitely the most potent and beneficial green tea if you can get it (and tastes the best). If not, regular green tea will still do the job nicely. Just make sure that whatever type you buy is certified organic. Here's some of the best green tea's on the market if you're interested... Organic Matcha Green Tea

In addition, be sure to combine your green tea with a citrus fruit(s) for added benefit. You can now buy green tea varieties that have been infused with citrus, or instead, simply make your own by adding a slice of orange and lemon (and ginger) to your Matcha green tea. It tastes amazingly good!