Here's one of natures most potent alternative cancer treatments that the pharmaceutical industry hopes you never find out about (bad luck for them because you're about to!)

See why selenium really is one of those cancer treatments that many sufferers have been eagerly waiting and hoping for... 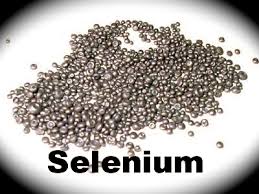 Selenium has now been recognised by the Food and Drug Administration (FDA) in America as an anti-cancer nutrient. For this to happen, there has to be some strong evidence to prove selenium’s benefit in cancer prevention and treatment.

And there certainly is!

The first conclusive study, a double blind study, was performed by Dr Larry Clarke back in 1996 - and the subsequent results published by the University of Arizona Medical School  (these results were then published in the prestigious “Journal of the American Medical Association” J.A.M.A).

What Dr Clarke did was take 1312 people and give them nothing more than 200 micrograms of selenium daily, then watch them for ten years.

The results from this study were truly astounding and even shocked Dr Clarke. But what's even more astounding was that Dr Larry Clarke, the man who physically set up the study, was actually against selenium!

He believed selenium was nothing but a total fraud and he set up the study to prove his theory.

Instead, it proved just the opposite!

And what’s almost unbelievable about all of this is even after the results, Dr Larry Clarke still refused to swallow his pride and not only recognize selenium’s benefits, but also take selenium supplements himself.

Now some people might look at this and say it was a terrible tragedy.

I look at it and say it was pure insanity!

So what other benefits can this remarkable mineral offer us in regards to treating and reversing cancer?

In addition, selenium helps to stop these damaged DNA molecules from actually reproducing. So in other words, it prevents tumors from even developing.

Dr James Howenstine, in his book, A Physicians Guide to Natural Health Products That Work, says… (In regards to selenium)

“It contributes towards the death of cancerous and pre-cancer cells. Their death appears to occur before they replicate, thus helping stop cancer before it gets started.”

And as a further benefit, selenium has also been shown to aid in the slowing - and even reversal - of cancer progression in patients who already have the disease!

"Westerners" don’t get enough selenium anymore because it’s now been processed out of the foods typically eaten and western soils are grossly deficient.

This is one of the reasons why American men are five times more likely to die from prostate cancer than Japanese men. The standard Japanese diet contains four times the amount of selenium as the standard American diet.

The statistics for breast cancer are particularly striking. “The higher the selenium, the lower the breast cancer,” says Professor Ladas. Similar associations have been found with leukemia, as well as cancers of the intestines, rectum, ovary, prostate, lung, pancreas, skin and bladder. In Yugoslavia, scientists studied 33 patients with breast cancer. These women had selenium levels in their bloodstream only half those of healthy volunteers. 3

And in “Eat and Heal” by the editors of FC&A Medical Publishing, they talk about the powerful effects of selenium when it's combined with iodine and used as a cancer treatment - in particular for breast cancer…

Stephen Cann, associate researcher at the University of British Columbia, gives advice to women who want to fight breast cancer with diet, “Eat different types of seaweed”. These include wakame, kombu, and the more common nori – sea vegetables that might fight cancer because of their iodine and selenium. “We think it is very important for the breast”, Cann says about iodine. This mineral, he believes, may prevent and even shrink breast tumors by combining with certain fatty acids and stopping cancerous cells from multiplying. And without the selenium, iodine doesn’t do its job properly.3

The simple fact is all cancer treatments must be built on selenium supplementation.

You simply cannot go without this nutrient if you want to treat, reverse, and ultimately, cure your cancer! 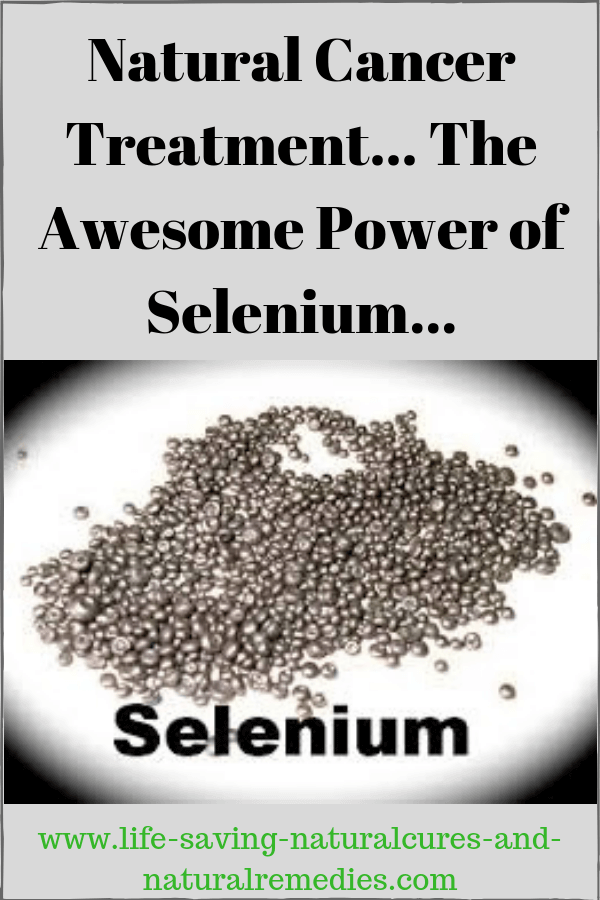