Natural Treatment For Prostate Cancer... The Awesome Power of Omega-3's!

Omega-3 fatty acids are exceptional healers and natural remedies for both prostate cancer and prostatitis. Here's the results of the blockbuster study that finally validates why you need these stunning nutrients to prevent and treat prostate problems... 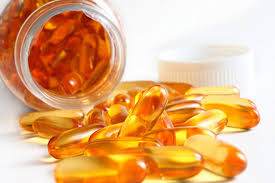 A Swedish study has found a strong connection between omega-3 consumption from fish oil and flaxseed's and a reduced risk of both the incidence and death rate of prostate cancer. The results of the study were presented at the annual meeting for the American Association for Cancer Research...

After being formally diagnosed with the disease, five-hundred and twenty-five men with prostate cancer were followed closely for twenty years. What researchers discovered was the group of men who received the most omega-3’s (EPA and DHA) had a reduced overall mortality rate of 30% compared to the group who received the least amount. There was also a 45% risk reduction for the guys who had been diagnosed with the disease in it's early stage.

So what this basically means is by consuming omega-3 fatty acids, even if you already have prostate cancer, you can slash your risk of cancer death by over a third (remember… not your chances of actually getting the disease, but your chances of dying from the disease). And if you’re in the early stages of prostate cancer, you can further reduce your risk by almost half!

The EPA and DHA’s contained in omega 3’s are well known for their anti-cancer and anti-inflammatory properties. If you look at the male Eskimo population, they have virtually zero rates of prostate cancer.

Because one of their main food sources is cold water fatty fish (which are high in EPA and DHA, along with vitamin D). What’s interesting though is when these people migrate to countries like the U.S. and adopt the standard “westernized” diet, they end up developing cancer - especially prostate cancer - just like everybody else!

Once again, for more validation (you don’t just want to take our word for it), respected authors and world renowned health experts speak on the benefits of omega-3’s for preventing, treating and reversing prostate cancer, BPH and prostatitis…

"Human studies are consistent with animal studies showing that omega-3 fish oils protect against cancer. Paul Terry, Ph.D., and his colleagues at the Karolinska Institute in Stockholm, tracked the health of more than six thousand male twins who were, on average, in their mid-fifties when the study began. Terry found that men who regularly ate fish had one-half to one-third the risk of prostate cancer, compared with those who ate no fish."

"Omega-3 consumption in the Western diet has become so low that researchers can’t find it in lab sample tissues. A study of men found higher concentrations of omega-3s in blood serum samples taken from healthy males, with lower concentrations taken from men with prostatitis. The lowest rates were found in men with prostate cancer. Fish oil has about 30% omega-3 oil while flaxseed oil has about 60% omega-3 oil. So flax is the only oil that can correct the imbalance in omega-3 & 6 oils in the Western diet."

– You Don’t Have to be Afraid of Cancer Anymore by Bill Sardi (available from Amazon.com)

"Researchers are trying to figure out how omega-3 oils have such a profound desirable effect on cancer cells. The evidence they have to consider is impressive. For example, results of animal studies have demonstrated that the consumption of omega-3 fatty acids can slow the growth of cancer grafts, increase the efficiency of chemotherapy, and reduce the side effects of chemotherapy or of cancer itself. In prostate cancer cells studied in lab experiments, omega-6 and omega-3 fatty acids have demonstrated promotional and inhibitory effects, respectively."

"The consequences of low omega-3 levels (or a high omega-6 to omega-3 ratio) are hormonal imbalances as well as a host of serious chronic illnesses. Studies conducted at the San Francisco VA Medical Centre found that omega-6 fatty acids, such as those found in corn and similar oils, increased the growth rate of prostate cancer cells in the laboratory. According to the study’s author, a diet high in omega-6 and low in omega-3 can turn on a cascade of events that can lead to an increased risk of developing prostate, colorectal, and some breast cancers."

– The New Encyclopedia of Vitamins, Supplements and Herbs by Nicola Reavley (available from Amazon.com)

"More recently, researchers have cited Westernization of diets and decreased intake of cold-water fish high in omega-3 fats and vitamin D as partial reasons for rising rates of prostate cancer in Japanese and Koreans. Vitamin D suppresses tumor growth and promotes differentiation in prostate cancer simular to the way it works with breast cancer. In prostate cancer cell lines, vitamin D stimulates the tumor-suppressor genes that increase the production of proteins that slow the cell life cycle."

– The Vitamin D Cure by James Down and Diane Stafford (available from Amazon.com)

"Omega-3 oils, provided either as pure omega-3 from algae or from flaxseed oil which has the highest natural ratio of omega-3 over omega-6 oil (1-2 tablespoons, 3000-6000mg), will provide omega-3 oils that inhibit prostate cancer cell growth. Folic acid (vitamin B9) supplements appear to be called for. About 800 mcg per day is a commonly recommended dosage. Lycopene is a promising anti-cancer agent, both for prevention and treatment."

- You Don’t Have to be Afraid of Cancer Anymore by Bill Sardi (available from Amazon.com)

"Animal studies have demonstrated that polyunsaturated omega-6 fatty acids stimulate carcinogenesis and tumor growth and metastasis, whereas long-chain omega-3 fatty acids inhibit these processes. Reducing total fat intake and increasing the ratio of omega-3 to omega-6 fatty acids in the diet may be particularly useful for groups at a relatively high risk for breast or prostate cancer, and may also be useful after surgery to help prevent disease recurrence. Dietary intake of essential fatty acids may play a role in prostate cancer cell proliferation."

- The New Encyclopedia of Vitamins, Minerals, Supplements and Herbs by Nicola Reavley (available from Amazon.com)

"Lignans in flaxseed oil protect against hormone-sensitive cancers. But the benefits of flax are not limited to the omega-3 content. The oil, and especially the seeds, are a great source of something called lignans, which have a whole host of health benefits on their own, for both men and women. Lignans have a protective effect against cancer, especially those that are hormone-sensitive like breast, uterine, and prostate cancers. Lignans increase sex hormone binding globidin (SHBG), which binds to estrogen and helps get it out of the body."

– The 150 Healthiest Foods on Earth: The Surprising, Unbiased Truth About What You Should Eat and Why by Jonny Bowden, Ph. D., C.N.S. (available from Amazon.com)

"The abundance of omega-3 fatty acids present in flaxseed may be linked to its use in the promotion of heart and circulatory health and in helping to maintain healthy cholesterol and blood pressure levels. In particular, flaxseed holds a special role in protection against pancreatic, colon, breast and prostate cancers, as well as helping to forestall the spread of melanoma."

"Some good food sources of omega-3 are in order of highest omega-3 content: flaxseed, extra virgin olive oil, coconut oil, and avocados. Organic butter or cheese made from the milk of grass-fed cows is also a good source. The best animal sources are cold-water fish like salmon. Several studies have found a solid correlation between the consumption of fish oils and a decreased risk of developing prostate cancer. Fish oil’s main components are eicosapentaenoic acid (EPA), and docosahexaenoic acid (DHA), both of which are omega-3 fatty acids."

– The New Encyclopedia of Vitamins, Minerals, Supplements and Herbs by Nicola Reavley (available from Amazon.com)

All quotes are sourced and available from this link... Omega-3s - Fish Oil, Flaxseed Oil and Prostate Cancer - What do the Experts Say?

The Bad Fats Can Still Kill You!

Remember this…. Any oil that has been heated or treated in any way and is not cold pressed and sealed in a dark container, should not be consumed... ever! This also includes all fried foods, especially takeaway fried foods, as these are almost always cooked and re-cooked in toxic rancid fats and oils.