Calcium, magnesium, boron (Borax) and vitamin D are all crucial nutrients for treating and reversing arthritis. The fact is, unless you get your bones healthy first, you will not be able to reverse your arthritis and bring permanent relief to those painful joints. Here's why... 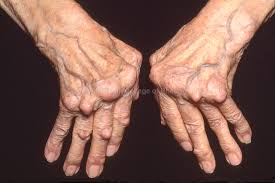 We all know that calcium is needed for bone health.

And healthy bones means no arthritis!

But its benefits go way beyond this. Calcium is also vital for maintaining a positive pH level. And as you now know by reading our other articles on arthritis, this is one of the cornerstones to treating and reversing all forms of this disease. But you also need magnesium (at a ratio of 50 to 1), the trace mineral boron and vitamin D for maximum calcium absorption.

If you look at the biggest calcium and magnesium consumers in the world, the Okinawa’s in Japan, they just don’t get arthritis in any form.

And in countries where they eat boron-rich foods, they also have very low rates of osteoarthritis.

Then if you look at vitamin D and rheumatoid arthritis - research by the Boston University School of Public Health (BUSPH) and the Mayo Clinic College of Medicine both found that one of the primary causes of this autoimmune disease (in fact all autoimmune diseases) is a severe lack of the “sunshine vitamin”… vitamin D!  1

And because vitamin D also helps to rebuild bone and cartilage, studies have shown that it benefits osteoarthritis sufferers by significantly reducing bone pain (which has actually been confirmed by 22 different vitamin D studies). 2

Where Do You Get These 4 Crucial Nutrients From?

Because there's no longer enough of these vital nutrients left in our food crops and soils today, you must take nutritional supplements.4 The best sources of calcium and magnesium are coral calcium, plant derived colloidal minerals and cereal grasses (grown in mineral rich soils). You will also need to use a magnesium oil spray on your skin every day to make sure you receive enough of this crucial mineral as well.

Here's how you can make up your own magnesium spray easily and cheaply...

Boil up some distilled water (distilled water keeps longer than regular water) then add 2 cups of boiled water and 2 cups of magnesium chloride flakes to a glass bowl or pot. Mix thoroughly until the flakes have completely dissolved. Leave to cool then mix again then pour the contents into a glass spray bottle or plastic spray bottle (glass is preferable). Shake well before using then apply 8-10 spray's on the skin to various parts of the body (mainly arms, legs and torso). Leave on for at least an hour before showering. Do this once a day.

Note: Some people hate the feel of the magnesium oil on their skin, so if you find you don't like using this you can always opt for a highly absorbable magnesium supplement such as this one instead.

Then to get your required amount of vitamin D every day, it’s very simple… just get out in the sun!

Forget all the garbage you’ve been told about how the sun is bad for you and gives you skin cancer (if this is true then how come people who religiously stay out of the sun still get skin cancer?). Naturally, you don’t want to stay out in the sun until you look like a lobster; this is not good. But 30-40 minutes a day of uninterrupted sun exposure (no sunscreens, sunglasses, etc) is extremely good for you and will help immensely with your arthritis.

Other excellent sources of vitamin D include fish oil and cod liver oil (which we are about to discuss in our next arthritis article), along with vitamin D3 supplements.

For taking Borax (boron) orally, go to your local supermarket and buy some borax powder for your arthritis, or even better, buy this 100% safe sodium borate mineral powder (Borax). Mix up 1/8th of a teaspoon of borax in 1 liter of filtered water and drink this in divided amounts throughout the day, for one to two weeks, before dropping down to a maintenance dose. However, before you start taking borax it's important you first read this article on exactly how to make up the required amount and how to safely continue with the maintenance dose... The Borax Conspiracy. And while you're there, you will also read why borax is quite possibly the most powerful arthritis treatment ever discovered (and why it's been purposely kept hidden from the general public for over 50 years!)

This is actually one of the most important articles on treating, reversing and curing arthritis you will ever read.

Here's a snippet to finish off...

Borax for Arthritis... The Arthritis Cure of Rex Newnham

In the 1960's Rex Newnham, Ph.D., D.O., N.D, developed arthritis. At that time he was a soil and plant scientist in Perth, Western Australia. Conventional drugs did not help, so he looked for the cause into the chemistry of plants. He realized that plants in that area were rather mineral deficient. Knowing that boron aids calcium metabolism in plants he decided to try it. He started taking 30 mg of borax a day, and in three weeks all pain, swelling and stiffness had disappeared.

He told public health and medical school authorities about his discovery but they were not interested. However, some people with arthritis were delighted as they improved. Others were scared to take something with a poison label on the container and meant to kill cockroaches and ants. Eventually he had tablets made with a safe and effective quantity of borax.

Within five years and only by word of mouth he sold 10,000 bottles a month. He could no longer cope and asked a drug company to market it. That was a major mistake. They indicated that this would replace more expensive drugs and reduce their profits. It so happened that they had representatives on government health committees and arranged that in 1981 Australia instituted a regulation that declared boron and its compounds to be poisons in any concentration. He was fined $1000 for selling a poison, and this successfully stopped his arthritis cure from spreading in Australia.

Subsequently he published several scientific papers on borax and arthritis. One was a double-blind trial in the mid 1980's at the Royal Melbourne Hospital which showed that 70% of those who completed the trial were greatly improved. Only 12% improved when on placebo. There were no negative side-effects, but some reported that their heart ailment had also improved, and there was better general health and less tiredness.

Most of his later research was devoted to the relationship between soil boron levels and arthritis. He found, for instance that the traditional sugarcane islands, due to long-term heavy use of fertilizers, have very low soil-boron levels. Jamaica has the lowest level and arthritis rates are about 70%. He noted that even most dogs were limping. Next comes Mauritius with very low boron levels and 50% arthritis. The daily boron intake in these countries is less than 1 mg/day. An interesting comparison is between Indian and native Fijians. The Indians are estimated to have an arthritis rate of about 40% and eat much rice grown with fertilizer while the native Fijians with an estimated arthritis rate of 10% eat mainly starchy root vegetables grown privately without fertilizer.

Bone analysis showed that arthritic joints and nearby bones had only half the boron content of healthy joints. Equally, synovial fluid that lubricates joints and provides nutrients to the cartilage is boron deficient in arthritic joints. After boron supplementation bones were much harder than normal and surgeons found them more difficult to saw through. With additional boron bone fractures heal in about half the normal time in both man and animal. Horses and dogs with broken legs, or even a broken pelvis, have fully recovered.

Borax is also effective with other forms of arthritis, such as Rheumatoid Arthritis, Juvenile Arthritis, and Lupus (Systemic Lupus Erythematosus). For instance, Dr Newnham saw a young girl aged 9 months with juvenile arthritis. He was able to cure her in 2 weeks.

He wrote that commonly people can get rid of their pain, swelling and stiffness in about 1 to 3 months. Then they can reduce treatment from 3 to 1 boron tablet (each 3 mg) per day as a maintenance dose so that they can avoid any future arthritis. He also stated that patients with rheumatoid arthritis commonly experienced a Herxheimer reaction and that this is always a good prognostic sign. They must persevere and in another 2 or 3 weeks the pain, swelling and stiffness will be gone. 5

Go to our home page (and see what we're all about!)