Green tea is being hailed as one of the "must use" alternative treatments for breast cancer. Discover why so many cancer experts say this plant is one of the absolute best breast cancer remedies on the planet... 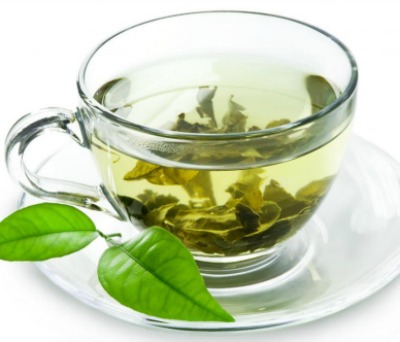 Mark my words, green tea is going to go down in history as one of the all time greatest “cure all’s” ever discovered!

The remarkable health benefits of this food are nothing short of astonishing. It has been found to prevent and treat everything from heart disease to diabetes, and yes… even cancer. But what has scientists really excited at the moment is green tea's incredible success as a breast cancer treatment and cure.

When you consider that the Japanese drink green tea every day and they also have one of the lowest rates of cancer in the world - especially breast cancer in women - it's certainly no coincidence. They also hold the enviable title of being the longest lived culture in the industrialized world!

The Science Behind Green Tea's Success...

So why exactly is green tea such a wonderful treatment and preventative for breast cancer? Well, it contains some of the most potent antioxidants of any food. These antioxidants, known as catechins, or EGCG's, are 100 times more powerful at scavenging and neutralizing free radicals in the body than vitamin C and vitamin E (which were once thought to be the strongest available).

It's now common knowledge that free radicals damage our cells and DNA and are one of the main causes of cancer. What's more, certain natural chemicals contained in green tea have also been found to not only prevent cancers from forming, but also slow and even reverse tumor growth. In fact, in every study so far that has been performed involving green tea and breast cancer reduction, it hasn't failed once!!

We can go on about the fantastic benefits of drinking green tea for breast cancer patients. But instead, let's listen to the experts talk about why green tea is one of the best treatments and complimentary therapies for breast cancer going around. Their terrific knowledge and wisdom in the natural medicine and health fields definitely make them worth listening to…

"Green tea is the most popular tea in China and Japan, where the lowest breast cancer rates are found. There are many health-promoting properties to green tea, and thousands of published studies verifying its benefits. Tea is generally high in antioxidants, but green tea is highest. Green tea is the least processed of all teas (green tea leaves are simply steamed). Oolong tea has some antioxidant effect, but lower levels than green tea, and black tea has the lowest levels of the three."

– The Natural Hormone Makeover: 10 Steps to Rejuvenate Your Health and Rediscover Your Inner Glow by Phuli Cohan (available from Amazon.com)

– The New Encyclopedia of Vitamins, Minerals, Supplements and Herbs by Nicola Reavley (available from Amazon.com)

– The Green Tea Book by Lester A. Mitscher and Victoria Toews (available from Amazon.com)

"In test tube studies, green tea shut down the tumor promoters involved in breast cancer. Green tea inhibits the formation of cancer-causing agents in the stomach, including nitrosamines. The anti-cancer properties of green tea include: Immune stimulant. Inhibits platelet adhesion, and possibly metastasis. Antioxidant which protects immune cells for a high tumor kill rate while protecting the valuable prostaglandin PGE-1. Inhibits metastasis. Inhibits the breakdown of connective tissue via collagenase, which is the primary mechanism for the spreading of cancer cells."

"Ordinary black or green tea, drunk in ordinary amounts, checks the initiation, promotion, and growth of breast cancer (and eight other cancers including lung and liver). Every cup of tea contains antimutagenic, anti-cancer tannins (green tea has twice the tannins of black) and antioxidant, anti-cancer polyphenols (especially epigallocatechin gallate)."

"When a person at high risk for breast cancer eliminates cancer-causing chemicals from her foods and home environment, and she adds garlic, broccoli, green tea, trace minerals, vitamin D, fish oils and shifts to a plant-based diet, her “high risk” breast cancer never emerges. Why? Because it can’t. She’s following an anti-cancer lifestyle. She’ll never express breast cancer, even if her mother did."

"There’s good news for women who regularly drink green tea. Five or more cups a day could mean you have a better chance of surviving breast cancer. In addition, if your doctor discovers the cancer in an early stage, it’s less likely to spread to lymph nodes. More than eight cups a day, for postmenopausal women, might mean even extra protection. Overall, green tea drinkers are more likely to have types of cancer that respond to medical treatment, and are less likely to get cancer again than other women."

– Eat and Heal (Foods That Can Prevent or Cure Many Common Ailments) by the Editors of FC&A Medical Publishing (available from Amazon.com)

"Even five cups of green tea a day has been shown to delay the onset of breast cancer. Researchers now suggest green tea, by virtue of its ability to inhibit TNF (tumor necrosis factor), could be used before the onset of cancer as well as during and after conventional cancer treatment. [J Cancer Res Clinical Oncology 125: 589-97, 1999] Green tea extracts (0.1%) added to drinking water of animals has been shown to block TNF production in animals. N-acetyl Cysteine (NAC), a sulphur-based amino acid sold in health food stores, has been shown to reduce TNF."

– You Don’t Have to be Afraid of Cancer Anymore by Bill Sardi (available from Amazon.com)

"Concerning breast cancer: In vitro studies show that green tea extracts inhibit the growth of mammary cancer cell lines. Their primary mode of action is to inhibit the interaction of tumor promoters, hormones, and growth factors with their receptors: a kind of sealing-off effect. This effect would account for the reversible growth arrest noted in the in vitro studies."

– The Healing Power of Herbs: The Enlightened Person’s Guide to the Wonders of Medicinal Plants by Michael T. Murray, N.D.

"The polyphenols in green tea occupy many of the sites on the exteriors of cells that otherwise would receive estrogen. This keeps the cells from receiving estrogen, reducing the effects of estrogen on the body. This stops estrogen from stimulating growth of cells in breast, ovarian, and uterine cancer. A number of animal studies have shown that the polyphenols in green tea may offer significant protection against cancers of the pancreas, colon, stomach, lung, and small intestine."

– Prescription for Herbal Healing: An Easy-to-Use A-Z Reference to Hundreds of Common Disorders and Their Herbal Remedies by Phyllis A. Balch, CNC (available from Amazon.com)

All quotes are available and sourced from this link Green tea and breast cancer prevention: What the experts say

...So be sure to make green tea, particularly Matcha green tea, an integral part of your "breast cancer treatment"  prescription.

In fact, be sure to make it part of your prescription for overall good health and longevity!